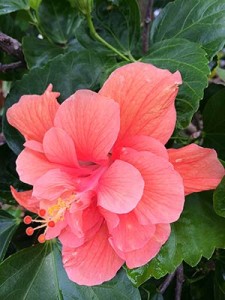 Way down upon the Swanee River,
Far, far away
There’s where my heart is turning ever,
There’s where the old folks stay.
All up and down the whole creation,
Sadly I roam,
Still longing for my childhood station,
And for the old folks at home.
CHORUS
All the world is sad and dreary
Everywhere I roam.
O dear ones, how my heart grows weary,
Far from the old folks at home.
2ndverse
All ‘round the little farm I wander’d.
When I was young;
Then many happy days I squander’d,
Many the songs I sung.
When I was playing with my brother,
Happy was I.
Oh, take me to my kind old mother,
There let me live and die.
3rdverse
One little hut among the bushes,
One that I love.
Still sadly to my memory rushes,
No matter where I rove.
When will I see the bees a humming,
All ‘round the comb?
When shall I hear the banjo strumming,
Down in my good old home.

Stephen C. Foster wrote “The Swanne River (Old Folks at Home)” in 1851. After foster wrote the song, he sold it to E.P. Christy, a businessman who operated a series of minstrel shows.

Foster is reported to have chosen the term “Swanee” because its two-syllable cadence fit nicely into the music he had composed. The composer was not familiar with the Florida sections of the Suwannee River, because he never visited the state of Florida. A memorial center at White Springs, Florida, honors Foster, who authored about 200 popular songs during his prolific career.

Representative S.P. Robineau of Miami introduced House Concurrent Resolution No. 22 in 1935, designation, “Swanee River” as the official state song. It replaced “Florida, My Florida,” which had been adopted as the state song in 1913. In 2008 the Legislature designated that a revised version of the lyrics be the official version.

The Suwannee River flows in a southerly direction from the Okeefenokee Swamp in Georgia to the Gulf of Mexico in Florida. The river separates the Florida panhandle from the rest of the state.